Yes, the AHA has a web site that promotes its brand of naturalism -- in effect, atheism rooted in evolutionary materialism, but with the attempt to promote human values and being "good without God" -- to children (here) with a section for teens (here).

The sneering, condescendingly sophomoric tone and dismissivenes of the site is clear right from its declared (and very familiar-sounding) theme:


Welcome to Kids Without God, a site for the millions of young people around the world who have embraced science, rejected superstition, and are dedicated to being Good Without A God!


The American Humanist Association is promoting a new Web site that is designed to furnish children with a naturalistic or atheistic perspective on science, sexuality, and other topics. The stated goal of the Web site is laudatory: “to encourage curiosity, critical thinking, and tolerance among young people, as well as to provide accurate information regarding a wide range of issues related to humanism, science, culture, and history.”

The problem is that those values have no inherent connection with naturalism, which is a philosophical viewpoint that holds that there is nothing beyond the physical contents of the universe. One doesn’t need to be a naturalist in order to endorse curiosity, critical thinking, tolerance, and the pursuit of accurate information on a wide range of topics . . . .

[Now, the] renaissance of Christian philosophy [in academia since the 1950's]  has been accompanied by a resurgence of interest in arguments for God’s existence based on reason and evidence alone, apart from the resources of divine revelation like the Bible. All of the traditional arguments for God’s existence, such as the cosmological, teleological, moral, and ontological arguments, not to mention creative, new arguments, find intelligent and articulate defenders on the contemporary philosophical scene.

But what about the so-called “New Atheism” exemplified by Richard Dawkins, Sam Harris, and Christopher Hitchens? Doesn’t it signal a reversal of this trend? Not really. The New Atheism is, in fact, a pop cultural phenomenon lacking in intellectual muscle and blissfully ignorant of the revolution that has taken place in academic philosophy. In my debates with naturalistic philosophers and scientists I have been frankly stunned by their inability both to refute the various arguments for God and to provide any persuasive arguments for naturalism.

Moreover, naturalism faces severe problems of its own. The philosopher Alvin Plantinga has argued persuasively that naturalism cannot even be rationally affirmed.

For if naturalism was true, the probability that our cognitive faculties would be reliable is pretty low. For those faculties have been shaped by a process of natural selection which does not select for truth but merely for survival. There are many ways in which an organism could survive without its beliefs’ being true. Hence, if naturalism were true, we could not have any confidence that our beliefs are true, including the belief in naturalism itself! Thus, naturalism seems to have a built-in defeater that renders it incapable of being rationally affirmed.

The problem for the humanist is even worse, however. For humanism is just one form of naturalism. It is a version of naturalism that affirms the objective value of human beings. But why think that if naturalism were true, human beings would have objective moral value? There are three options before us:

The humanist is thus engaged in a struggle on two fronts: on the one side against the theists and on the other side against the nihilists. This is important because it underlines the fact that humanism is not a default position. That is to say, even if the theist were wrong, that would not mean that the humanist is right. For if God does not exist, maybe it is the nihilist who is right . . .

Then, he stingingly concludes:


The new humanist Web site never encourages kids to think critically about the tough questions concerning the justification of humanism itself. Humanists tend to be condescendingly dismissive of theism and oblivious to nihilism. Meanwhile, they blithely extol the virtues of critical thinking, curiosity, and science, apparently unaware of the incoherence at the heart of their own worldview.

All of which should sound rather familiar to those who have been following our series of posts. For, naturalism has serious challenges in:
So, it seems the naturalists are in teh position of those who live in glass houses who should be rather careful of tossing stones.

But, since children are the targets of the atheism-promoting campaign (the opening page of the Kids without God site's posing as being protective of atheistical children is transparent), there is one more point to be noted.

For, a long time ago now, a much weightier Voice than Mr Craig put the matter this way:

5 “Whoever receives one such child in my name receives me, 6 but whoever causes one of these little ones who believe in me to sin,[a] it would be better for him to have a great millstone fastened around his neck and to be drowned in the depth of the sea.

7 “Woe to the world for temptations to sin![b] For it is necessary that temptations come, but woe to the one by whom the temptation comes! [ESV]

What, then, will we do in our day in the face of this enticing onslaught on the hearts, minds and souls of our children? END
Posted by GEM of The Kairos Initiative at 7:08 am 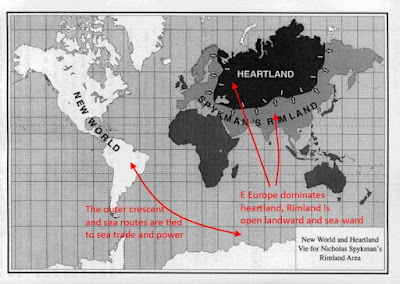